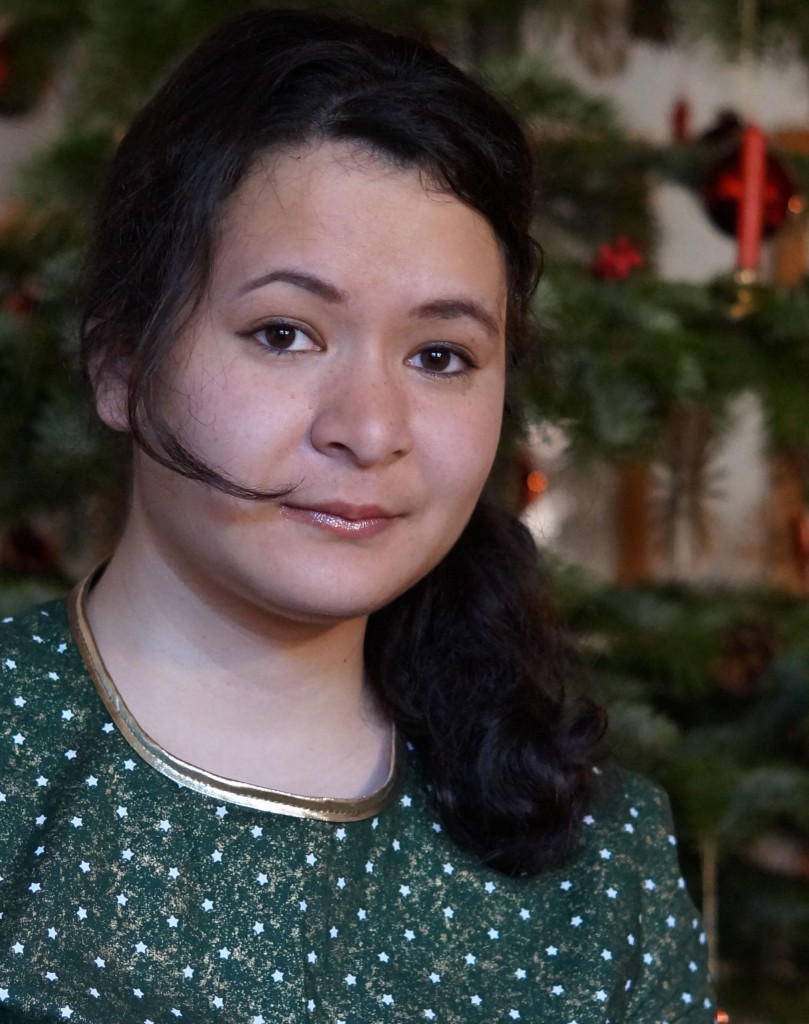 There was a Stoffmarkt Holland in Mannheim at the end of November, so I made a mental note to look for Christmas fabric. While my overall experience wasn’t great this time around on account of the lousy weather and rude salespeople, I did find a fabric that wasn’t too kitschy or childish. I adore those tiny little stars!

Obviously, I waited until the 24th to look for notions. To my dismay, the local fabric store was closed on Christmas Eve! We went on a wild goose chase for sewing notions until I found a zipper and bias tape that was as flimsy as it was expensive at a drug store. Why doesn’t anybody sell sewing notions anymore?! Then I shelved the project because I still needed to finish a gift (sigh, it’s the same every year), and ended up finishing the dress only today.

I gotta be honest here, I committed the cardinal sin of sewing: I was being sloppy and distracted when I cut the pattern pieces from the fabric. It never goes well after that! I had cut the back pieces on fold instead of cutting two pieces. I don’t know why, but afterwards I was kind of over the project and half-assed it. Luckily, I already know this pattern by heart as it’s the same I used for my autumn, spring and Halloween dresses! I did change things up a bit by making one giant pleat in the middle of the front skirt piece instead of three, though. 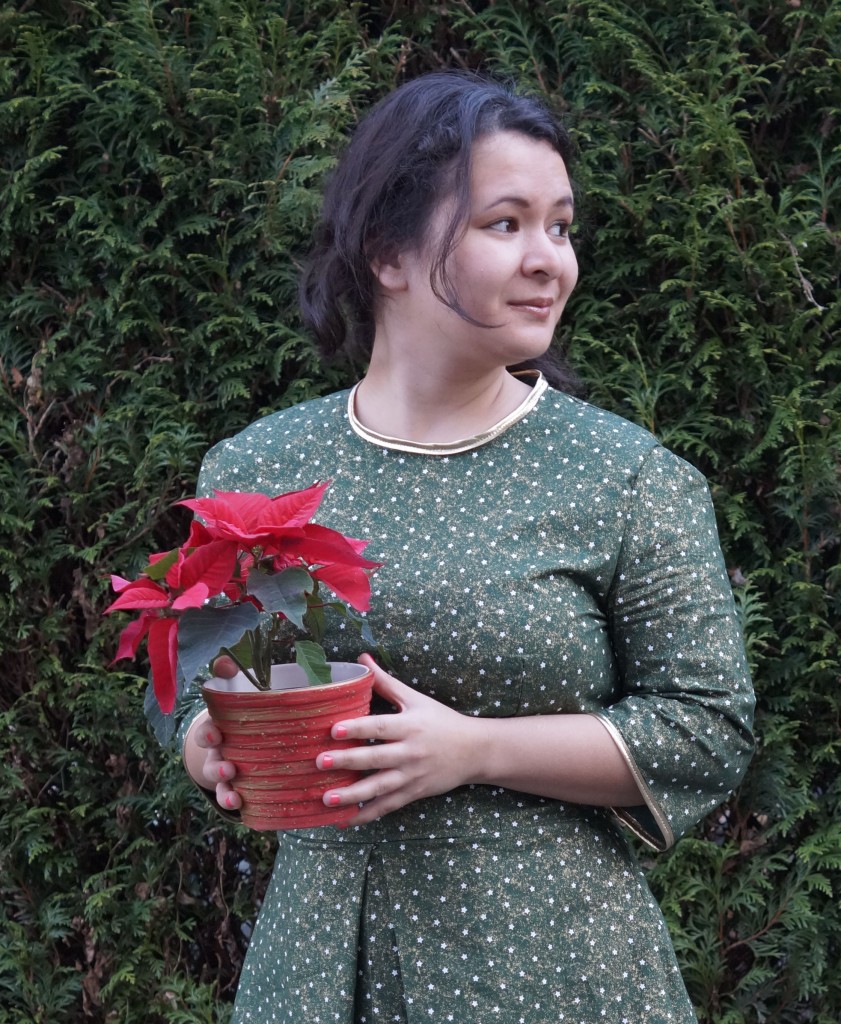 The worst thing to sew was the bias tape. I usually love bias tape, but I did NOT love this one. It frayed something awful whenever you so much as looked at it sideways. My first attempt at the neckline got unpicked and promptly discarded. At this point, I was SERIOUSLY over it, but I kind of wanted to finish the dress because otherwise I would only get a chance of wearing it again next year in December.

It’s still a cute dress! Maybe I’ll find time to at least unpick the seams at the neckline and sleeves so I can sew on better bias tape. For now I’m okay with the way it is. And even though I couldn’t wear it on Christmas Eve, Christmas time is officially at least until January 6th … lots of occasions still left!

Now you’ll have to excuse me, I have to go and eat yummy Christmas cookies!

9 replies to Finally: A Christmas dress