It’s probably silly how excited I am over our little kitchen, but this is the first time I’ve actually owned a kitchen! And could (co-)decide how it was going to look and which appliance is going to be put in where and all that grown-up stuff! After we moved into our apartment last year, we had to wait four months until the kitchen was installed. It was a grueling four months of cooking on a hotplate and washing dishes in the bathroom sink (never again!) … It made me love and appreciate our kitchen all the more once it was here! This is were the magic (resp. the disaster, when one of my attempts doesn’t work out) happens:

We both have started cooking (and baking, in my case) more since we’ve had our kitchen. It’s so much fun now that we have sufficient working space, enough storage room and most importantly, a dishwasher! Phil likes to make Asian recipes – Thai and Malaysian and Filipino mostly. I love his Malaysian Curry, it’s ridiculously delicious. I’ll have to take pictures and show you at some point! I prefer preparing Italian and German dishes. I have a couple of “standard meals” for during the week, but I’ve been slowly trying my hand at more complex recipes. I was extremely proud of the Easter meal I prepared this year, for example: red wine-braised veal shoulder with rosemary potatoes and Brussel sprouts.

We’ve also been using the produce I grew in my roof terrace garden a lot. The simplest meals can become so delicious if you prepare them with fresh herbs or produce, for example this Insalata Caprese with homegrown tomatoes and basil! 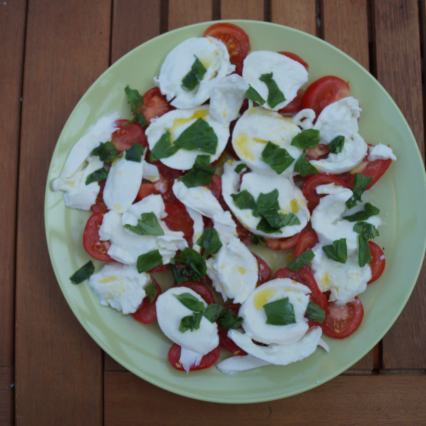 I also made different pesto, from a traditional Pesto Rosso to a more out-there lovage pesto. The Pesto Genovese below was by far the most delicious, but unfortunately I cannot find the exact recipe anymore … My second attempt with a different recipe turned out much too oily.

When I was still living with my parents, I used to love baking. I’ve never been a particularly refined baker, but, like knitting, it has a soothing effect on me. Unfortunately, I didn’t have an oven in my place in Heidelberg. After a few half-hearted attempts with my toaster oven (with disappointing results), I pretty much stopped. You can imagine my joy now! Plus, I got a baking machine on Amazon for a steal (22€, I repeat: twenty-two euro!!).

I made a lot of good old-fashioned muffins. (I think cupcakes are pretty but I dislike the taste of fondant.) They were mostly blueberry, raspberry or applesauce muffins because Phil likes those best. My favourites are chocolate banana muffins, though! 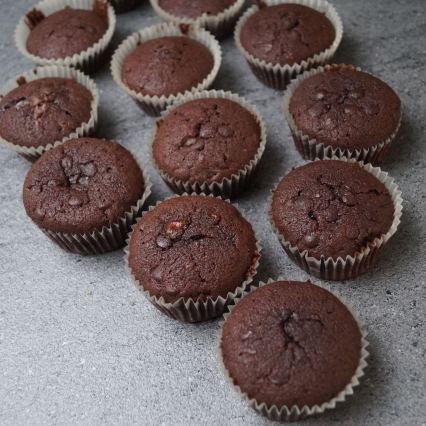 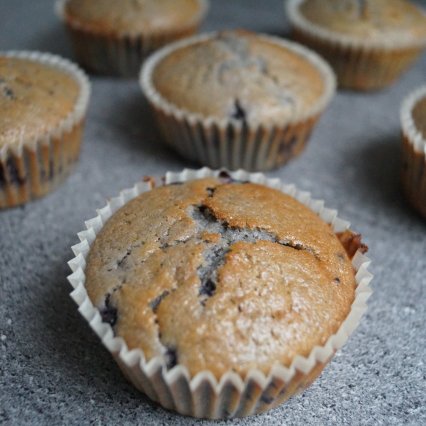 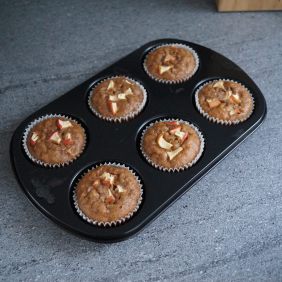 From muffins I graduated to cakes. These apricot pies were served at Lord Alvanley’s diners, according to the Dandy Kochbuch by Melanie Grundmann. The pie was delicious, filled 50/50 with stewed and caramelized apricots. Just don’t think about the calories in there, then you’re in sugary heaven! On the top right is my attempt at a vegan tarte (from Raw Soul Food by Julia Lechner/Anton Teichmann). The bottom layer is made with cashews, almonds and dates, filled with berry and coconut puree and topped with a chocolate frosting made from carob powder, cinnamon and vanilla powder. It was a fine tarte, but not worth the price of the ingredients IMHO. In contrast to that, the apple pie (recipe in German) using freshly picked apples was simple, but amazingly tasty! A few weeks ago, I attempted to make my Grandma’s Silesian Streuselkuchen (crumb cake) with plums. It was delicious, but not nearly as good as my Grandma’s! She had her own way to make the crumbs, which were AMAZING, but sadly she took that secret with her to the grave. 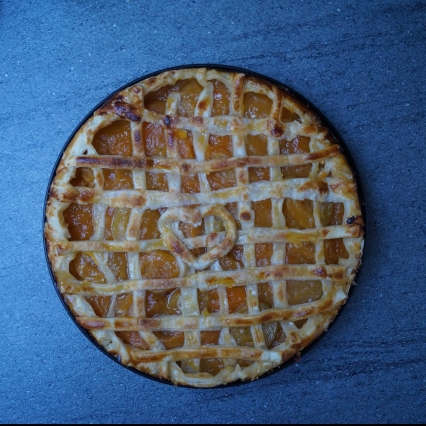 Over the summer, I started to make jam. I came up with that when I was looking for ways to use an overabundance of thyme and came across a recipe for blueberry thyme jam. SO GOOD. At the beginning of fall, I attempted apricot jam, but as you can see, it wasn’t on the stove long enough so it ended up with these huge pieces of fruit. Oh well. You live and learn! 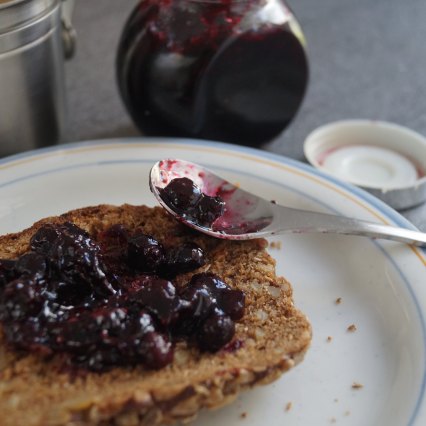 Recently I made plum jam, which turned out AMAZING! Here’s the link for those of you who speak German. I already used it for yeast dumplings. Phil was in heaven because his Grandma used to make that for him when he was a child! I’m thinking of making pancakes this week because plum jam is one of my favourite toppings. Of course it’s delicious as a spread too!

I’m so looking forward to Advent this year because I’m going to bake Christmas cookies in my own kitchen for the first time! 😀