Well, actually, I’m on a break. On a break from exhausting things, by which I mean studying, writing and thinking in general! I intend to relax this summer. This week, I even bought lots of fluffy summer books and then I read – dramatic pause – FOR FUN. I read a Regency romance about a witch in alt-history magical England who saves an aristocrat’s live on the condition that he marry her and then they actually do get married and it was the most glorious thing ever. (Hey, I spent the past seven months writing about agriculture and administration in 18th century South-Eastern Europe under the Habsburg rule, you gotta let me have that.)

Unfortunately, sewing and knitting are just too stressful and straining right now, so it’s good thing I have a whole backlog of unblogged projects. My favourite is this midi skirt made from cotton quilting fabric I bought years ago in Budapest. As a  coveted souvenir from happy times I kept it safely tucked away in my fabric box only to pull it out once or twice a year to look at it wistfully; somehow, unexplainably, I never found the perfect pattern for it … as it is with things you love too much.

A few months ago I decided I’d be able to honour the fabric, and with it my memories of Budapest, exponentially more if I made something simple yet beautiful with it that I could wear everyday. (In contrast to the increasingly intricated patterns I considered as The Perfect One for my treasure.)

I took my time sewing to make sure the result would be technically neat and durable, after all I want to wear this skirt for a long time. It’s about two meters of beautiful Budapest; ridiculously grandiouse fin de siècle charm in different states of decay; debating with the locals in a mixture of English, German, hands, feet and sometimes even in that stupid, gorgeous language of theirs; looking down at the Danube at night from Gellért Hill, illuminated by thousands of lights; sitting for hours in coffeehouses laughing and eating cake, so much cake, with friends. You may not see it in this fabric, but I do.

What you also may not be able to see is the tulip pattern, because it is seriously tiny. Sometimes I wonder if it just gets lost within the skirt’s expanse, but then I remind myself that I’ve worn this skirt exhaustively for the past three months or so and that it doesn’t get better than that as far as handmade clothing goes. 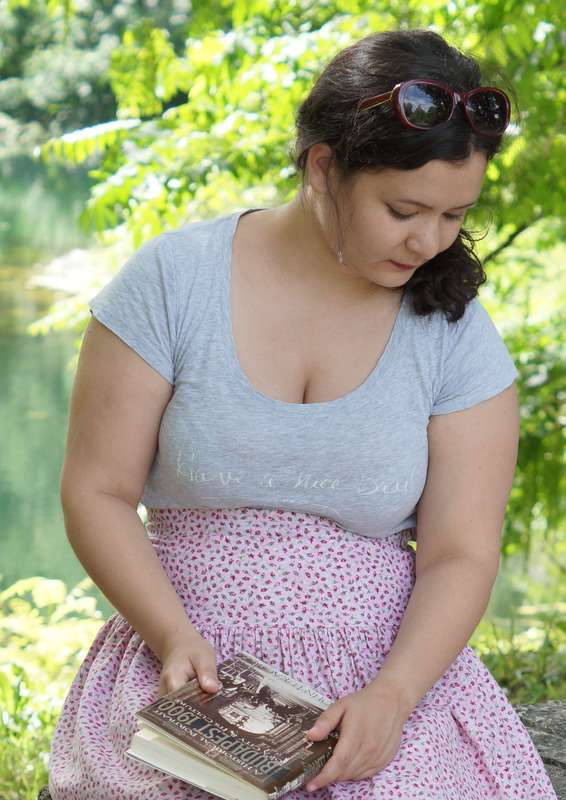 I think this is the longest skirt I’ve ever worn except for my maxi dress. Of course, the letter was made from a fabric much more airy and flimsy than this sturdy cotton. I had to get used to wearing such an overabundance of fabric around my legs, but it’s turned out to be great for hot summer days. I do love this skirt very much, though, and wear it as much as possible.

I do have to sew up this pattern a second time, too. As adorable as the tiny tulip fabric is, the skirt’s construction gets lost amidst the miniature flowers. It’s actually made up of several pattern pieces: there the two-piece hip yoke (lined), the skirt pieces and the hem facing. The latter is possibly my favourite part about this pattern, because it gives the skirt such a neat finish! Colourblocking would be fun for a second version, as well as making the variation with a romantic top in a lighter cotton. 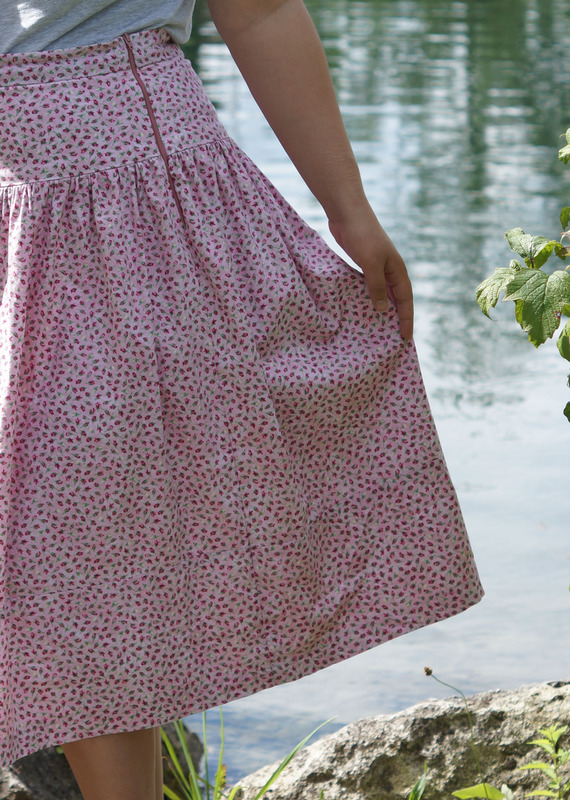 3 replies to The One with the Tiny Tulips